A First for a New Generation of Discs 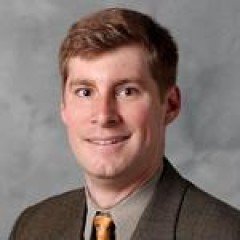 As music distribution technology shifted from analog vinyl records to digital compact discs (CDs) and then to streaming files, the sound quality took a substantial hit – along with the monetary value of the musical consumer product.

Now, as the vinyl format is enjoying a comeback, materials scientists Jud Ready and Brent Wagner, in the Georgia Tech Research Institute (GTRI), have worked with a team of artists and recording engineers to boost the quality of analog music reproduction through a new surface coating that both improves sound quality and prevents wear. The patented technology led to the creation of a one-of-a-kind Bob Dylan record that recently brought $1.8 million at a Christie’s auction.

The new record format, which Burnett has dubbed an “Ionic Original,” was made possible by a unique coating of sapphire and quartz applied to a layer of nitrocellulose on an aluminum disc. The coating was developed with help from GTRI materials scientists Jud Ready and Brent Wagner.

“We helped them develop a way to put a hard oxide coating on top of the nitrocellulose lacquer to protect it during play,” said Ready, a GTRI principal research engineer and deputy director of Georgia Tech’s Institute for Materials. “That includes silica (SiO2), better known as quartz, and alumina (Al2O3), which is known as sapphire. With other ingredients and variables, it’s a gradient designed to produce the best sound quality and resist the wear that would otherwise happen to the nitrocellulose acetate.”